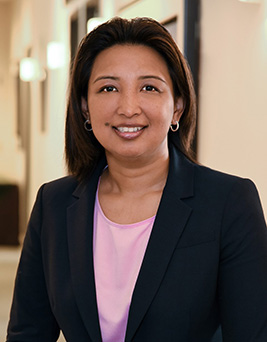 Since 2004, Ms. DeGois has successfully provided aggressive representation of individual and entity clients in diverse areas of litigation practice, including professional licensing board investigations, medical negligence claims, landlord-tenant disputes, products liability actions, and premises liability cases.  Her broad experience includes averting lawsuits by developing and executing effective pre-litigation strategies, prevailing on dispositive motions in both state and federal courts, and successful appellate advocacy.  In recognition of her contributions and accomplishments, Ms. DeGois became a partner in 2010.

In March 2019, Ms. DeGois and Virgil Pryor obtained a unanimous defense verdict in favor of a urologist in a case involving a traumatic injury which resulted in necrotizing fasciitis and over twenty therapeutic and reconstructive surgeries.  The plaintiff sued the hospital, radiologists, emergency physicians, general surgeon, and the urologist, alleging over $3,000,000 in damages.  Prior to trial, all the other parties were either dismissed or settled with the plaintiff.

However, the plaintiff continued to pursue his action against the urologist.  With the assistance of experienced experts in urology, general/trauma surgery, and radiology, Ms. DeGois and Mr. Pryor convinced the jury that the urologist thoroughly examined plaintiff, considered all the data available to him at the time, and exercised reasonable clinical judgment in treating the plaintiff.  After five weeks of evidence, the jury returned a 12-0 defense verdict in favor of the urologist.

In 2017, following plaintiffs’ presentation of evidence at trial in a wrongful death action, Ms. DeGois successfully argued a Motion for Nonsuit on behalf of a medical foundation and obtained a judgment in its favor.