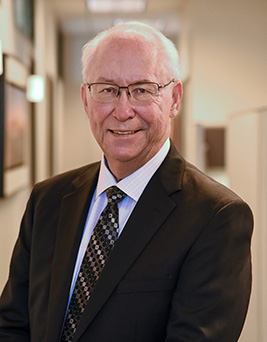 In his 23 years at OCD&B, Mr. Oium developed his own clients and tried many different types of civil cases, including products liability cases, toxic tort cases, and medical malpractice cases.  He became a partner of the firm in 1982.  Mr. Oium became a member of the American Bar Association, the Defense Research Institute, and the Association of Defense Counsel of Northern California.

Mr. Oium’s trial experience has included unique and groundbreaking cases.  He was the lead trial attorney for a pesticide formulator in Fresno accused of polluting the groundwater and causing illness and disease to local residents.  The first trial in this matter lasted four months and all defendants obtained defense verdicts.  In the early 1990s, Mr. Oium was asked to represent a traffic radar manufacturer who had been sued in several federal district courts.  Mr. Oium became the national coordinating counsel for these cases, all of which alleged that plaintiffs developed cancer following exposure to police traffic radar devices.  The first trial in this matter in 1993 in the Northern District Court of California in San Francisco resulted in a defense verdict.  All other cases after that were dismissed either voluntarily or after successful motions for summary judgment. More recently, Mr. Oium has tried to verdict over 20 jury trials involving products liability or medical malpractice cases.

Mr. Oium’s extensive trial experience and the respect of his peers led to his invitation to become a member of the prestigious American Board of Trial Advocates in 2000.  With over 40 years of trial and litigation experience, Mr. Oium has developed expertise in the analysis and resolution of a wide variety of civil litigation including products liability, industrial chemicals, pesticide and herbicide cases, groundwater pollution and remediation, elevator and escalator accidents, premises liability, medical malpractice, Medical and Nursing Board Accusations and will and trust litigation.

Mr. Oium is a member of the American Bar Association, the Defense Research Institute, and the Association of Defense Counsel of Northern California.  He is AV rated by Martindale-Hubbard.

Mr. Oium’s hobbies and interests include membership in San Francisco’s Olympic Club, San Francisco’s Lawyers Friends of Wine, and the Harding Park Golf Club.  His hobbies include gardening, tennis, golf, cooking, and supporting the Bay Area’s sports teams.  He and his wife Kathy have two daughters, Dana and Kelsey.